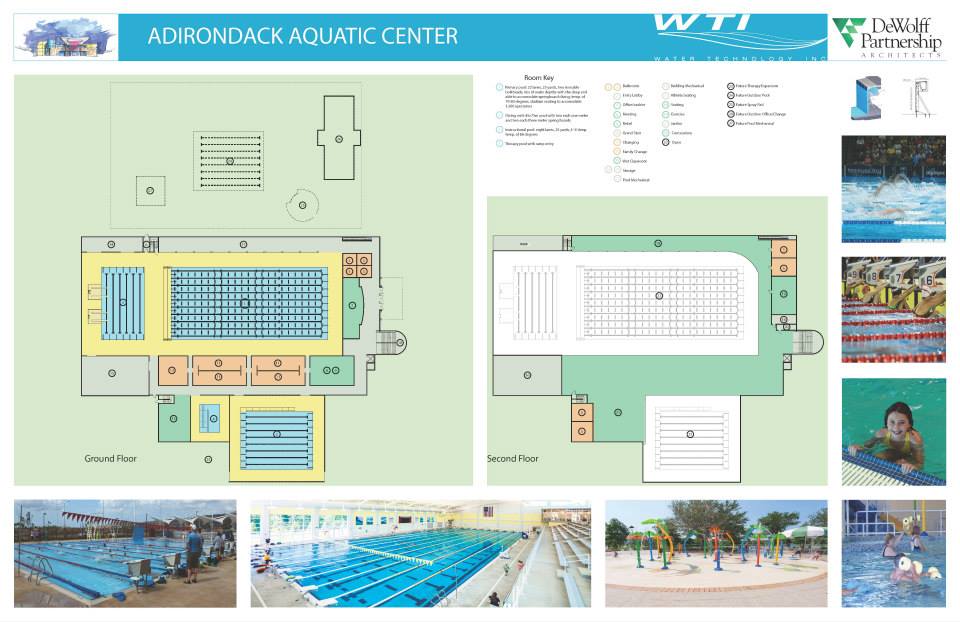 MALTA – Adirondack Aquatic Center (AAC) has received its first $1 million pledge from an anonymous donor, marking the largest contribution to date. The proposed $22 million, 80,000-square-foot facility will be built along the health and wellness corridor located off of Route 67 in Malta, N.Y.

“This pledge brings us closer to realizing our dream – to build a state-of-the-art aquatic facility that community members and visitors can utilize for years to come for recreational and wellness, therapeutic and competitive training purposes,” said Kara Haraden, president, AAC’s Board of Directors.

“This million dollar donation will make a big splash in the efforts to build the Adirondack Aquatic Center and bring all of the positive economic impacts it would entail to the town of Malta and to the place where all good things emanate, the 49th State Senate District,” said Senator Jim Tedisco (R,C,I,REF-Glenville).

An official fundraising campaign will kick off in 2018 and AAC’s Board of Directors is seeking both public and private sector funds. While the intent is to underwrite the project’s cost using private money, financial support from various state and local grant programs is also being sought and will be crucial toward leveraging additional private sector investment.

“Sports tourism is an incredibly promising market right now and we need to be at the forefront of this innovative curve,” said Carrie Woerner, assembly member, 113th District of the New York State Assembly. “The Adirondack Aquatic Center truly will be a flagship facility that will become central to our community and serve as a premiere aquatics center in New York State.”

“As the Capital Region and Tech Valley continue to evolve, an aquatic center will further enhance our standing as a recreational and family-friendly destination,” said Andrew Kennedy, president & CEO, Center for Economic Growth. “A facility of this size and with this variety of offerings would be unique to upstate and help put us on the map in the aquatic community.”

“This facility will provide a substantial economic benefit to Saratoga County and the entire region,” said Dennis A. Brobston, president, Saratoga Economic Development Corporation. “Aquatic competitions and events will bring an estimated $20 to $30 million to the area annually.”