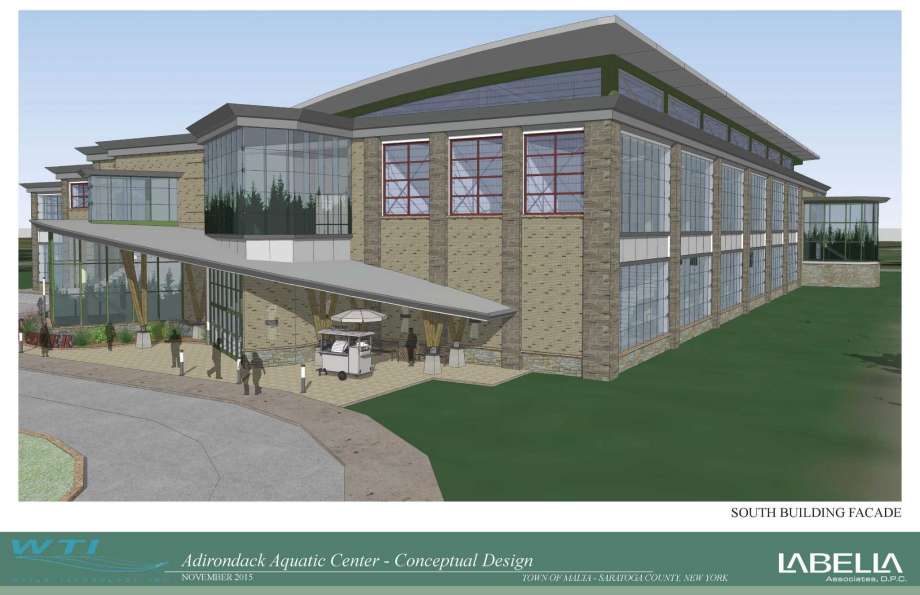 With a go ahead from the Malta Town Zoning Board and with little to no opposition from town officials or residents, the swimming complex will likely be open to water sports enthusiasts by 2020.

“Swim teams from all over the region and beyond will be coming,” said Vincent DeLucia, Malta town supervisor. “The benefit to the hotels, restaurants and shops, it’s just magnificent. We, at the town, are fully supportive.”

But there is much work left to do. The nonprofit, which will build its complex on Route 67 near Exit 12 off the Northway, must have its site plan approved by the town planning board. It is also in the midst of traffic and funding feasibility studies. It hopes to break ground on the $30 million complex in 2018.

The nonprofit facility is meant to be a sorely needed hub for the Northeast swim community. Right now, competitive swimmers travel as far away as Ohio to use a 50-meter, Olympic-size pool. The Malta center will have one as well as two instructional pools, a therapy pool and a diving well. Nearly 35 employees will run competitive, instructional, and health and wellness programs at the facility. While town officials believe the center will provide recreational benefits, they are especially looking forward to the economic boom it is expected to inspire.

“The proposed center is an exciting opportunity to develop Malta as a destination, bringing families from around the region to visit and spend money in town,” said Tim Dunn, a town board member and chair of the town’s economic development committee. “This project… will build attractive amenities immediately adjacent to the Northway in the heart of our town.”

The center is modeled after an aquatic facility in Greensboro, N.C. that attracts 120,000 people each year. In its first year of operation in 2011 the city saw a $41 million economic gain.

“The thing that is different about swimming is families who come to a meet stay for the duration,” said Kara Haraden, the center president who is a mother of five, all of whom swim or have swum with the Schenectady-Saratoga Swim Club. “It’s not like a hockey tournament where you lose a game and go home, the team does not pull out early.”

The center seeks to host two or three national swim meets, 10 regional ones and many local events each year. They will also provide pool time for synchronized swimming, water polo, water therapy and divers. Spectator seating, which is a problem or nonexistent at many pools, will run between 1,200 to 1,500 with an area for another 500 to 1,000 seats. These events usually occur during the school year and would not conflict with the summer rush of visitors to the Saratoga Race Course.

Haraden said she has already fielded a call from a synchronized team that has difficulty reserving pool time. With 180 USA swim clubs, 313 high school clubs and 87 college teams in New York state alone, she is confident the center will be a draw.

“I think swimmers and divers from all over the Northeast will want to come here,” she said.